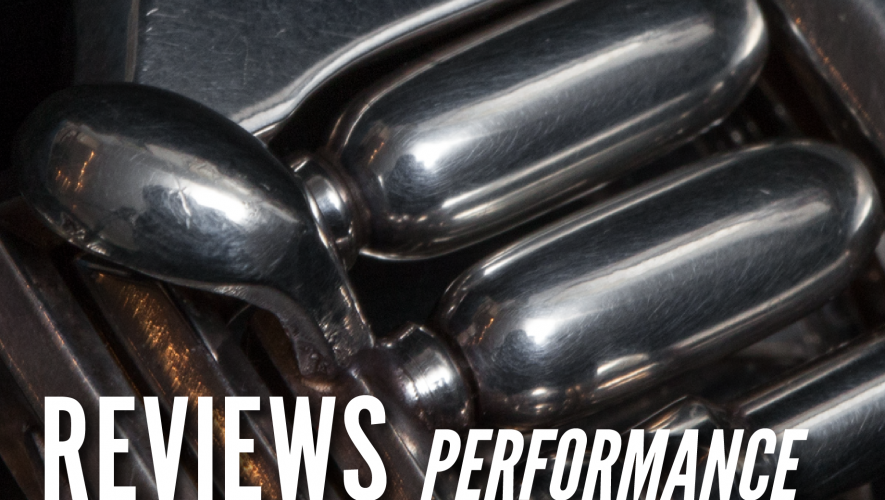 “She is also an electrifying performer as a vocalist and flutist, although it’s hardly doing her justice to say that she sings and plays the flute…Rather say that she uses her voice and her flute, among other weapons in her arsenal, to create passionate performance pieces on a dizzying variety of subjects moving effortlessly through musical idioms along the way.  From political and social injustices to personal travail, from jazz to beatnik poetry to rap music, soaring melodies and agonizing wails…She is restless, relentless, astonishing and tirelessly devoted to the breaking of barriers.” —Seth Boustead, Vanishing Points CD, liner notes

After the History, for voice/flute and percussion (1991)

“After the History…a provocative piece…inspired by the fall of the Berlin Wall, it updates the Schoenbergian speech-song to incorporate extended flute techniques like overblowing, tapping and flutter tonguing…she believes apathy to be the arts’ worst enemy, and After the History echoes some of the century’s greatest voices of protest, from Brecht to the beat poets to hip-hop.” —Ted Shen, Chicago Reader

“The most extravagant, outrageous, and enveloping example of JM-M’s style comes on Are You Ready, which she has called ‘a musical sound poem: a piece which uses a phrase (or phrases) as a basis for an extended vocal improvisation on both its meaning and its sound’…Misurell-Mitchell’s ability to musicalize the spoken word reaches extreme, even absurd heights in this piece.  You may think, for large portions of the performance, that she sounds somewhat frenetic – frankly, unhinged.  Don’t worry: you’re hardly alone.” —Neil Tesser, Uncommon Time, CD, liner notes

“Janice Misurell-Mitchell Rocket-ed-dah-baby with this historical enactment of the lecture-performance genre. A channeling of Schwitters/Berbarian, this was just as refreshing as it was in 1995 when the work was first composed…This piece got the most visceral reactions from the audience, it is undoubtedly very funny at times, and scary at other times. You wonder if she is stuttering, or perhaps possessed!” —Jeff Kowalkowski

“ ‘Are you ready?’ asked the lady.  And maybe we thought we were.  But the performance that followed left me helpless and speechless, and emotionally stretched…the question lasted 15 minutes, and it encompassed a range of styles that left me breathless.  Completely without inhibition, unconcerned when her attractive face was twisted beyond recognition, this extraordinary woman revealed her wit, her humour, her understanding, her creativity, her courage, and her passion.” —Gisele Turner, Daily News, Durban, South Africa

The Gift of Tongues, for voice, voice/flute, and electronics or small ensemble (1999)

“Of the two vocal works on the program, Misurell-Mitchell and Catherine Slade’s Gift of Tongues is more experimental and provocative.  It quotes from the Bible’s description of the Tower of Babel, and as performed by the two creators, comprehensible words rose from a primordial ooze of moans and grunts but dissolved later into a babble of disjointed syllables. Misurell-Mitchell expertly used the flute as her other voice.” —Ted Shen, Chicago Tribune

“Misurell-Mitchell’s ‘Kiddush’ continues her experiment of melding flute and voice.  She sang and at times spoke words of a Seder blessing (in Hebrew and English) into the flute, leaving a trail of echoes. The effect was a rough-hewn outpouring…” —Ted Shen, Chicago Tribune

“The evening’s show-stopper was the video version of DePaul University Professor Janice Misurell-Mitchell’s 1993 Scat/Rap Counterpoint.  The flutist and performance artist herself portrayed a variety of characters who took up various challenges to the composer’s role in infectious raps accompanied by the steady beat of Dane Maxim Richeson’s trap drums.”  —Andrew Patner, Chicago Sun-Times

A Silent Woman, for voice, voice/flute, clarinet and piano (2002)

“The final two tracks make up the remarkable A Silent Woman, a piece…that satirizes the ancient religious dicta, still observed in some cultures, that segregated and silenced women within society. JM-M recorded this work with three widely acclaimed members of the Association for the Advancement of Creative Musicians (AACM), the Chicago collective that has gained worldwide renown for championing avant-garde jazz improvisation.  In so doing, JM-M acknowledges and engages one of the most important influences upon her work – the jazz experimenters who have pushed the envelope for both instrumental technique and conceptual liberties…And in ending the album with this piece, the composer leaves us with another flash of her sometimes mordant wit – because no one will ever accuse Janice Misurell-Mitchell of being ‘a silent woman.’  And thank goodness for that.” —Neil Tesser, Uncommon Time, CD, liner notes

“The final work is A Silent Woman (2002), which Misurell-Mitchell performs with…singer Dee Alexander, clarinetist Edward Wilkerson, Jr., and pianist Ann Ward. Using text by twelfth-century composer Beatritz de Dia, A Silent Woman combines jazz and contemporary classical styles to satirize the historical silencing and segregation of women by many religious organizations. The performance is engaging and Misurell-Mitchell’s ingenious use of avant-garde techniques for both the vocalist and instrumentalists creates a work that is pure theater. The sheer variety of sounds makes A Silent Woman a fitting work to close the CD, a time capsule of Misurell-Mitchell’s compositions and performances over the past two decades.” —Pamela Murchison, Journal of the International Alliance for Women in Music

“Flutist Misurell-Mitchell, along with percussionist Avreeayl Ra followed. Avreeayl Ra is another one of those renowned Chicago musicians often seen performing with many experimental jazz ensembles. This evening’s array of music was concluded with a set, including jazz vocalist extraordinaire Dee Alexander, reedman Edward Wilkerson, pianist Ann Ward, along with the previously mentioned Aoki, Bowden, Ra, and Misurell-Mitchell. This was a truly unique set that highlighted the superb voice skills of both Misurell-Mitchell and Alexander. Most Chicago jazz fans are very familiar with Alexander’s vocal talent, but on this night, she engaged in vocal “conversation” with Misurell-Mitchell, which was both thought-provoking and entertaining. This dramatic vocal presentation left those in attendance longing for more.” —Jazz Chicago (full review here)

“By commenting on gender, and working against assumptions of people and instruments and genres and labor, Misurell-Mitchell might be said to ‘trouble gender’, in the Judith Butler sense, by showing the constructedness of gender, and confronting the audience with its own gendered expectations of flute and women…”—from “Bordering on Community: Improvising Women Improvising Women-in-Jazz,” by Sherrie Tucker, from The Other Side of Nowhere, Fischlein and Heble