The term, “sub-music” comes from a poem by Wallace Stevens, “Variations on a Summer Day”, in which he says, “Sub-music, like sub-speech, a repetition of unconscious things….” I interpreted the concept of sub-music as music not yet entirely formed. Thus the first two-thirds of the piece contains rough, colorful displays of repeated, distorted sounds, while the last third, the Song, presents material of the previous section in a more refined setting, using rounded phrases and purer sounds. Sub-Music and Song, for solo flute was developed from an improvisation which I performed for a Chicago composers concert held during the New Music America Festival in Chicago in 1982. In subsequent versions I extended the amount of music that was notated; the piece in its final form is a transcription of the improvisation I performed in 1983. (Janice Misurell-Mitchell) 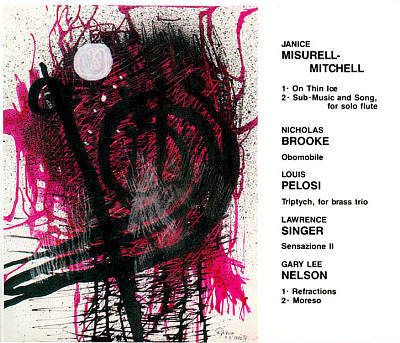